Adapted by the film’s director Shira Piven (Welcome to Me) and co-writer Josh Salzberg from a short story by playwright Arthur Miller, The Performance is set against the backdrop of the tense, pre-war 1930s, and follows the fraught journey of Harold May (Jeremy Piven), a gifted tap dancer and second-generation Jewish American immigrant whose career has been relegated to the New York club scene. While on tour in Europe, Harold and the rest of his troupe are scouted by a German attaché (Carlyle), who offers the dancers an irresistible sum of money for a single performance. Little do they know, the show is for Adolf Hitler.

Principal photography took place in Bratislava, Slovakia, where the period-accurate architecture and the country's skilled crews made it an ideal location to shoot for director Piven. After war broke out in the neighbouring region of Ukraine, the production had the opportunity to hire a group of refugees to work on the crew and as background actors. Lead producer Finkelman, who comes from a Ukrainian background was compelled by their plight: “The relevance of the film’s story has resonated with me more recently as current events are described as the worst refugee crisis since World War II.”

“This is not a typical World War II story,” says Ms Piven. “When we live in the weather of such historical events, it places us nose-to-nose with our moral compass. In The Performance, Harold is pressed to make choices as a human being, more specifically as a Jew, that connect him with an essential, perhaps buried part of himself, and therefore more deeply with his world.”

The film is now in post-production in London. 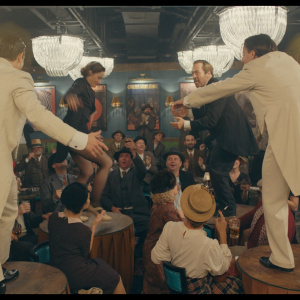 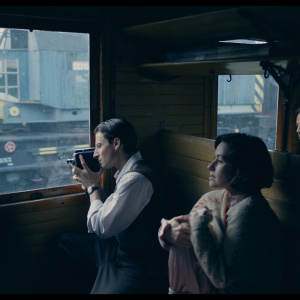 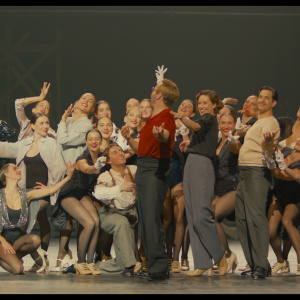