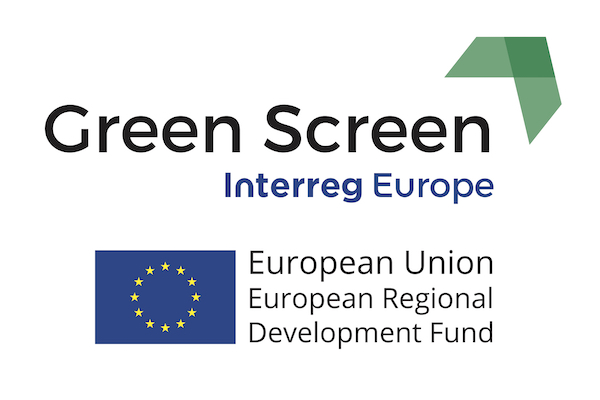 Name of the project: Green Screen

Green Screen is an Interreg Europe funded partnership project working across eight EU regions to improve policies and achieve measurable success in reducing the carbon footprint of the film and TV industries. These industries are a successful driver for growth across Europe, and an important contributor to the creative industries within the European economy. From 2010 to 2014, 7,769 feature films were produced in the EU and five of the world’s top 10 markets for producing films are based in Europe (these being the UK, France, Germany, Spain and Italy). Green Screen aims to align the practices of these successful industries, standardise environmental practices and improve regional policies so that sustainable measures for producing films, TV and audiovisual content can be adopted across Europe. Through Green Screen, participating regions will improve policies to motivate and equip the current and future workforce to adopt sustainable practices and thus reduce CO2 emissions.

Description: 2nd Regional stakeholders meeting in Bratislava. The event was composed of lectures on the topic of circular economy in filmmaking, Among the lecturers there was Petra Cselvayova from Slovak Institute of Circular Economy (INCIEN) and  Green Screen expert Joanna Gallardo. Simona Mocikova and Radka Babincova described their experience from Malaga conference and their vision to produce eco=friendly film.