The 5 finalists competing for the EUFCN Location Award 2020 have been revealed. The general public has now the chance to vote for their favourite European film location

The European Film Commissions Network (EUFCN) launched the fourth edition of the EUFCN Location Award by announcing the names of the 5 locations that will compete for best European film location of the year.

The EUFCN Location Award is the annual prize for European film locations organized by EUFCN in collaboration with Cineuropa.

During the first stage of the competition, EUFCN members had the opportunity to submit one location from a film, a TV series or a documentary shot in their country and released between July 2nd, 2019 and Sept. 20th, 2020.

“We received a record of 28 submissions of all wonderful locations.” says EUFCN President Truls Kontny. “I would like to thank the Jury for the time they dedicated to the selection of the shortlist. Their contribution was precious for the evolution of our Award.”

The EUFCN Location Award Jury was one of the new features of this edition of the Award.
The five-member jury of distinguished professionals was composed by Lori Balton (International Location Scout, Co-Founder and Past President of the LMGI), Valerio Caruso (Director of Cineuropa), Matthijs Wouter Knol (Director of the European Film Market), Julian Newby (Founder and Editorial Director of Boutique Editions Ltd.), and Julie-Jeanne Régnault (Secretary General at EFAD – European Film Agencies).

“As an international Location scout based in Hollywood, it is an honor to be in the Jury for the EUFCN Location Award. In addition to finding some favorite locations among the selections, I am delighted to discover so many brilliant new location options among the submissions. It was a difficult process to narrow them down. Bravo!” – Lori Balton LMGI

The winner of the EUFCN Location Award 2020 will be determined by the general public’s vote. Everyone can vote here.
A lucky name will be picked among the voters and will win a trip to the winning location!

“The goal of our Association is the promotion of the European film industry and culture. Through the Location Award, we want to highlight the importance of filming locations and the close collaboration between our members and location scouts”, comments EUFCN President Truls Kontny. “In these strange times, we are confident that such an initiative will also contribute to the rebirth of tourism across Europe, in the name of filmmaking.”

Voting opens on Nov. 9th and runs through Jan. 12th 2021. The EUFCN Location Award 2020 will be handed out to the winning film commission in February during the Berlinale.

The European Film Commissions Network is a non-profit association that supports and promotes the European film industry and culture. It currently represents 98 European film commissions and film institutions from 31 different countries. 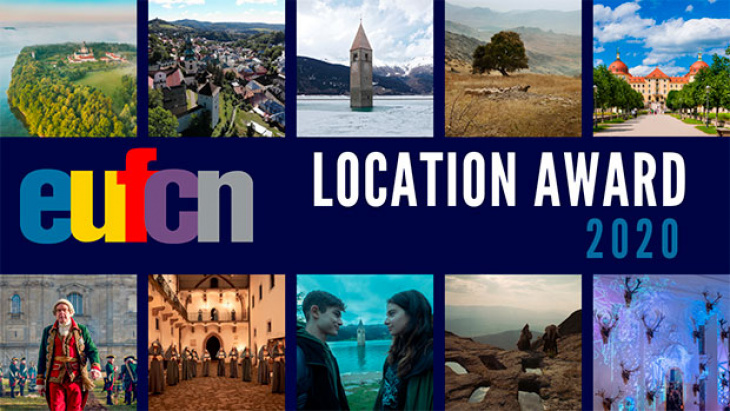