GREEN FILMING, OR HOW NOT TO GET LOST IN IT ALL? 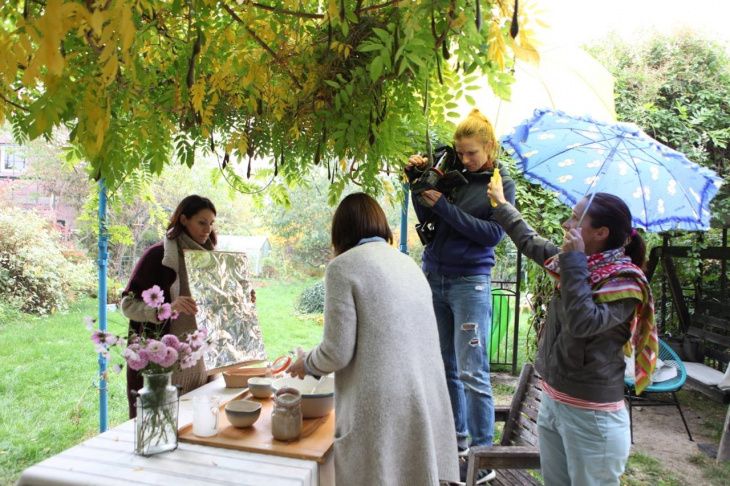 When I officially immersed myself in “Green Filming”, the first thing it reminded me of was the “Zero Waste” trend that in its time rumbled all over the world and even into our little Slovakia. It truly spoke to people who started changing their daily behaviours, but it also got a number of companies, under a disguise of environmentalism, to produce goods pretending to be green but which we don’t really need. The official name for this is “Greenwashing”, and it can be hard to spot. And so I often ask myself, how can I work green while making sure not to get lost in it all?

When I started sorting recycling and reducing at home the world had not yet heard of Zero Waste, and I had only a few acquaintances wondering how to moderate our environmental impact. The changes came naturally to me, and even though I’ve been thinking about this for years I still have the feeling it’s not enough. I buy in package-free shops, recycle, compost, try to buy clothing locally and ethically without loads of things I don’t need. But for my work I have a long term need for a computer, a telephone, a car, and film equipment. Paradoxically I bought the car about six years ago, when public transport wasn’t practical for me anymore. Even then I knew individual environmental impact was becoming an issue, but I still had to take the step. Back when I was working in production I could manage a lot using public transit, on foot, or with a borrowed car, but as a documentary director/producer combined it was too much of an obstacle to do without a car. Distances were bigger, equipment heavier, and sometimes I had to transport crew. Of course one could rent a car. But have you seen documentary film budgets?

I confess this is where I see the greatest pitfall for Green Filming. The whole carbon footprint calculation and presenting oneself as “green” can become a trap. Plenty of people might take the trouble to get green film certification, but all the calculating can undermine the effort or distract us from what we’re really about: protecting the environment and minimizing our impact on it. From the early days I’ve been thinking about how to change things to reduce my carbon footprint. And not just that, it’s also about spending all day in a car and not feeling great about that. I can’t eliminate the car from my life, but I do try at least to make my trips sensible. I plan for unavoidable excursions, and take routes so as to cover everything with the smallest impact on finances. Actually the experience of living in a Mongolian yurt and then limited income during my later studies were my primary motivation for minimizing. I know how to make cheap washing powder, not spend needlessly, and live such that I lack for nothing. And that’s found its way into my job. I work with people I get on with, and they too take it as obvious to drink from reusable bottles. At home in Slovakia there’s often little time for lunch, and so we eat with my subjects. When we’re abroad we live in rented spaces and cook together. As a matter of course I buy seasonal and local produce, package-free if possible. Of course we never, truly never, use throwaway plastic cutlery and always recycle. When we shot the television film GREEN TRANSITIONS (PREMENY) pre People in Need (Človek v ohrození) in Kenya, buying groceries in the local market was an extraordinary experience. It’s one thing to film interesting topics, but quite another to experience a country first hand. Back when I was travelling Asia, my favourite place was the market. That’s where you experience the best food and the most real feeling of people living there. Another advantage of documentaries is not needing make up, costumes, or sets. You’re working with the reality unfolding in front of you as limitless Space. I never know what’s coming, but I know however it is will be the best for what I need. When I need props, I use social networks. It’s unbelievable how many things I can find and borrow from the people around me. That’s how we shot the whole BE FAIR (ŽI FÉR) campaign for the Nongovernmental Development Organizations Platform, SOURDOUGH (KVÁSOK) video for Zdravé pečenie, and spots for the Children’s Cardiocentre Foundation. The camera equipment we use is based on minimizing too. It often fits into a single bag or backpack and the batteries are rechargeable. The sound technician has a second backpack and a third one’s for me, with a PC and hard disk for backups. Yet one thing I realize is the pressure to push more and more for the most perfect image. I see it around me, the constant upgrading of technology for shooting and editing. At home too we want to have the newest and best TV and terrific speakers for conjuring the richest sound. This pressure affects  the film industry, and it’s sad to see that nobody’s looking at how this equipment is going to be waste one day. How long are we going to insist stubbornly on filming in 6K and more, even when that requires the newest camera and loads of data backup space? Where is this heading? I look forward to a time when a camera operator will be glad to work my old camera (about five years old) and even older lens, which by the way has a marvellous rendering. There are recommendations to rent equipment rather than buying it. But even rentals are bought by someone somewhere, who has to discard the old. So it’s up to us when and where to stop, and to start looking at things in a way that’s truly “green”.

Workshops, shooting abroad, festivals. I’ve often done this travel by plane, because there just wasn’t time for other transportation. Truthfully I can’t even imagine how we’d move all the equipment by train or boat. Maybe we’d get another film out of that subject. We can make a fictional film or television project in a studio or on a nearby location. But if the documentary protagonist lives in the United States, or Uganda or Kenya, you can’t cheat. I know and feel that I’m often unable to limit my air travel, but that’s why I at least compensate in my private life. I’ve eliminated weekend trips to wherever the discount air tickets go, and I was cheered by the recent news that there’s a night train to Paris from nearby Vienna. I’m sure if we slow down and really begin to try, it will become so natural we don’t even think of airplanes.

My topics touch on the life of nature on this planet, birthing and the environment and sustainable living. I don’t go looking for green topics, they come to me because it’s how I live. I don’t need to push people to live as I do. But I yearn to convey the value that’s come into my life thanks to my starting to give this topic my full attention. There’s still a lot to improve in terms of my Green Filming. But I’m taking gradual steps that come naturally to me. That’s what’s worked for me in minimizing. The main thing is not to go crazy from it all. Because the first phase is obviously denial. The second is to try all the eco-solutions that exist and I can find. But my experience with this phase is that it burns time and energy. The third is to relax into it and start to notice the environment we live in. Because we’re in it all together, and while there might be some Planet B somewhere, we common mortals aren’t going to get there anyway.

MAIA MARTINIAK (b. 1977, Košice) works as a director and producer of documentary films and in production of television programs, events, and advertising. In 2001 she received a degree in industrial engineering at the Faculty of Electrical Engineering and Computer Science of the Technical University in Košice, and in 2016 the Mgr.Art. degree at the Academy of Performing Arts in Directing documentary film. Her full-length debut UNSEEN (NEVIDITEĽNÁ), which premiered at the CPH:DOX 2020 film festival in Denmark, won the Grand Prize and Audience Prize at the One World Slovakia (Jeden svet Slovensko) 2020 festival, and special honours from the Student's Jury and from Rights Now! at the Docudays 2021 festival in Ukraine. Her documentaries primarily focus on environmental themes, cooperation in development, and respect for women’s and children’s rights. Her most recent preparations are for a documentary series on sustainable living, BE MINIMAL.

/The photos are from the author's archive. Thank you!// 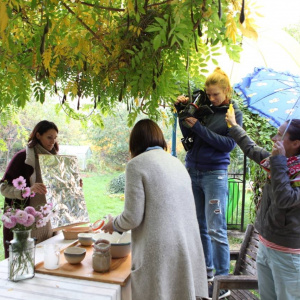 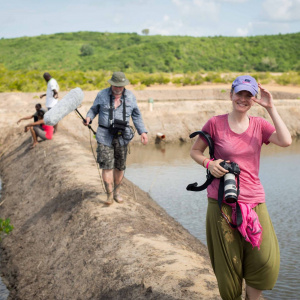 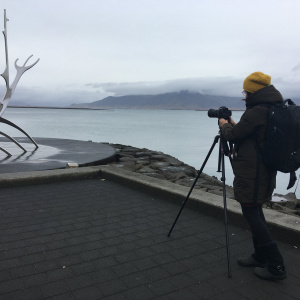 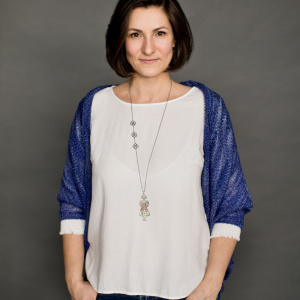