Hviezdoslav Square is a town square in Bratislava. It is located in the Old Town, between the New Bridge and the Slovak National Theater.
It is primarily a pedestrian zone with a lot of greenery. A podium occupies the central part for cultural events, and two parallel fountains run along the square. Close to the theater is the larger than life-sized statue of Hviezdoslav. Probably the best-known building situated on the square is the old headquarters of the Slovak National Theater. 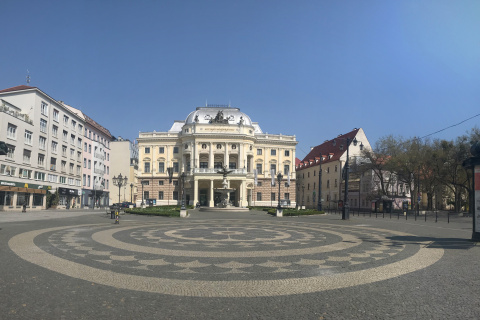 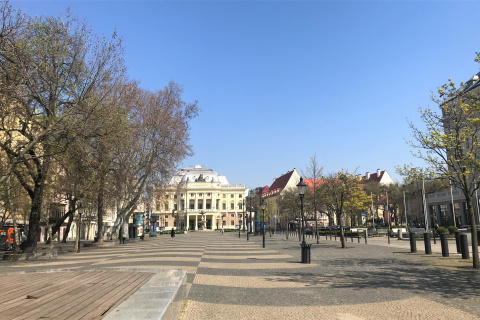 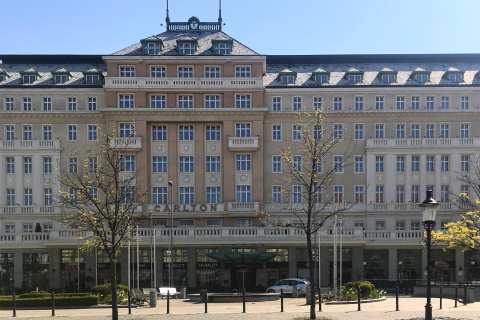 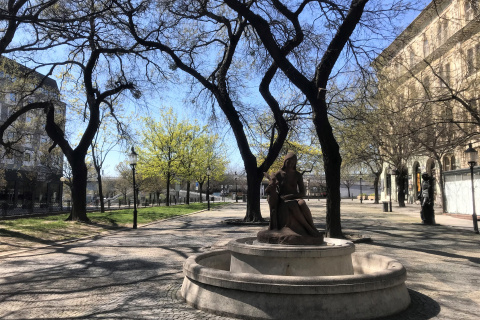 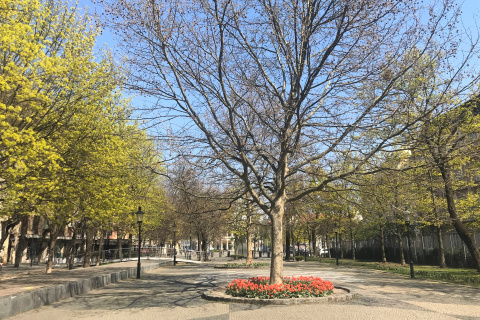 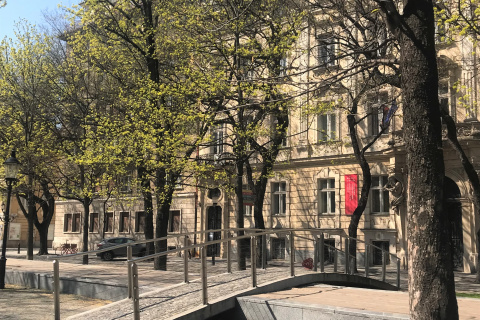 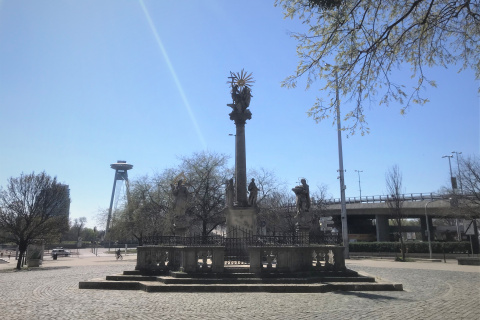 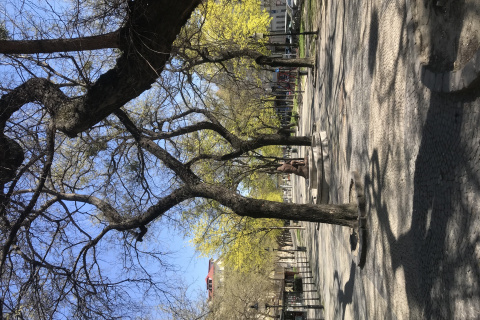 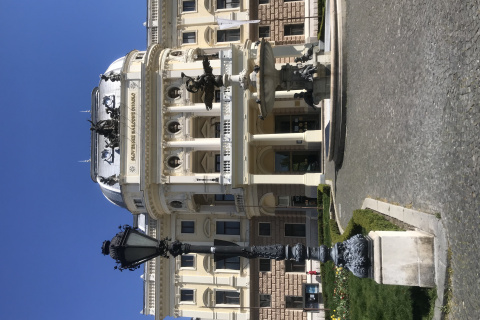