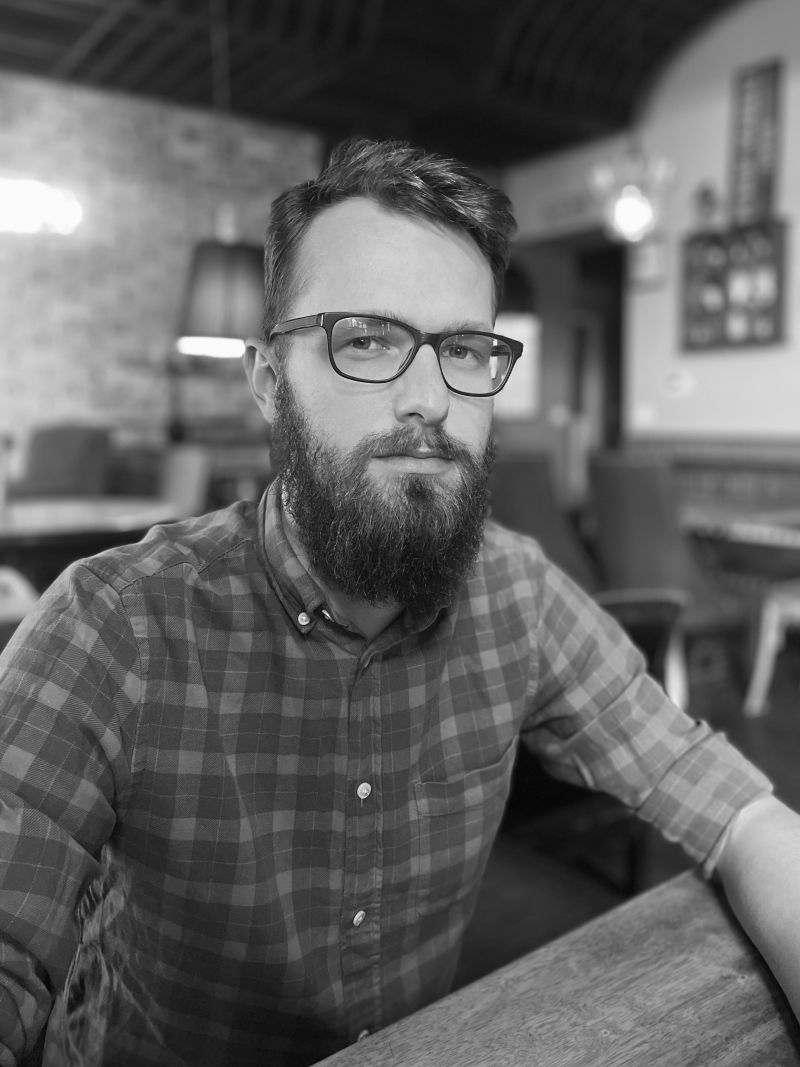 Ján Koóš is a scriptwriter and script editor. He began his studies at the Academy of Arts in Banská Bystrica and completed his master’s degree at the Janáček Academy of Music and Performing Arts in Brno (JAMU) with the script for Ferryman, which is now in the works and will be directed by Juraj Nvota. Ján is currently living in Bratislava where he works as a scriptwriter, cinema projectionist, and script editor at Radio and Television Slovakia. In addition to films, he writes poetry and short stories.

You participate in ScripTeast with Ferryman. What is the project about?
It’s about getting old and dying. But in a sensitive way, with a smile on one’s face, at least I hope so. It’s a road movie interspersed with elements of humour and surrealism, following three retired siblings that embark on a non-conventional journey across the south of Slovakia in order to obtain evidence of their father’s death. What do they get out of it in the end? You’ll find out once we finish the film.

How can programmes such as ScripTeast help a scriptwriter? What are your expectations?
ScripTeast gave me a unique opportunity to refine my script with the support of advisors from all around the world. They are professionals with rich experience in film and very diverse points of view. The programme starts with a week workshop in Poland. That was really intense, but the hard work was balanced out by the warm, friendly atmosphere. Over the course of nine months, participants create three new, better versions of their scripts. Primarily, my expectations of the programme concentrate around feedback from the Cannes film festival which might help us answer the question of whether the resulting film work has the potential to attract an international audience.

What have you been working on lately? Which of your ongoing projects do you consider the most appealing to foreign audiences?
There are several works in varying degrees of development, proceeding with the speed typical for Slovak cinema – very slow. One of them is an anthology film mapping out the history of Slovakia in four segments concentrated around the traditional act of a rural pig slaughter. These stories will be as absurd as only life itself can be. Countries of the former Eastern Bloc may relate to the film because of the similarities in our lifestyles and a shared historical experience, but I’d love it if the universal topic of human nature in historical context appealed to a broader audience. The animated comedy series I’m currently developing should also be completely universal – in terms of both the themes and means of expression.

ScripTeast is a project-based training programme organised by the Independent Film Foundation and designed for professional scriptwriters from Central and Eastern Europe. With knowledge of the CEE market and many barriers that talented writers from the region face, ScripTeast takes participants to the Berlinale and the Festival in Cannes – so that with a little help from friends, they might overcome those barriers. ScripTeast will not teach them how to write a script. The programme is built specifically to help writers perfect their scripts and take them to the international market, while also helping them develop skills that allow for navigating that market more freely.